Star Wars: The Force Unleashed was a polarizing idea. In the same year that gave us Ahsoka Tano on The Clone Wars, we also got another apprentice to Anakin Skywalker (Vader, at the time) in the form of Galen Marek, aka Starkiller. The game also gave us a bunch of great Stormtrooper variants. Keep reading to see some custom figures based on the game series!Starkiller is one of my favorite Legends characters in Star Wars lore. I bought the first game around the time I graduated high school, and loved the parts of canon his story fleshed out. I keep hope that Lego, which ignores canon from time to time, produces more sets from this game. Currently there are two – Starkiller’s personal ship, the Rogue Shadow, and a battle pack featuring Shadow Guards, which are black-armored Imperial Royal Guards with lightsaber pikes. I replay both games  now and again (both are available on Steam) even though the second one wasn’t great. Since Lego officially released a figure based on Galen Marek’s appearance in the first game, I made one based on his lighter side appearance in the second game. 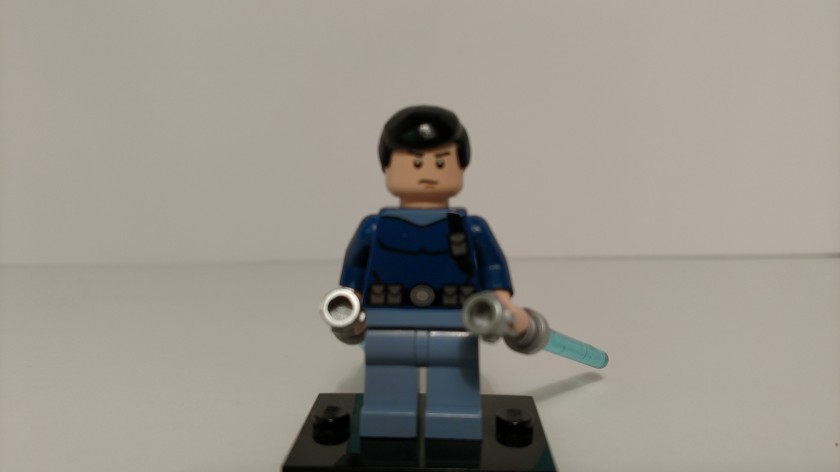 Technically the colors are backwards on my figure. In-game, his shirt is the lighter blue and his pants are darker blue. However, this torso (from a Nick Fury figure) has printed straps and pouches that are a pretty good representation of his gear. I kept the head close to that of the original figure released by Lego, and swapped out his single red-bladed saber for two blue-bladed ones, which he adopts in the second game after learning about Sith betrayal firsthand from Vader and Palpatine.

Second I made one of the many variations of Stormtrooper found in the first game. This is the EVO Trooper, a specially-trained soldier equipped for operations in hazardous environments as well as confrontations with dark Force-wielders.His torso and hip-piece are from a First Order Stormtrooper. The legs and helmet come from the Battlefront battle pack. His backpack is made from a couple of clips in bluish dark gray, black lightsaber hilts with 1×1 studs for the battery affect, a bumper/rail piece for some extra greebling, and lastly a 1-stud back piece to hold it all on like a backpack. The backpack, along with the big blaster, are what makes EVO troopers most special (and challenging to fight) in the game.

Starkiller is known to use Force lightning on most people he meets (for the first game, at least) EVO Troopers combat this by using the battery packs on their back to capture that energy, storing it and eventually redirecting it. . . 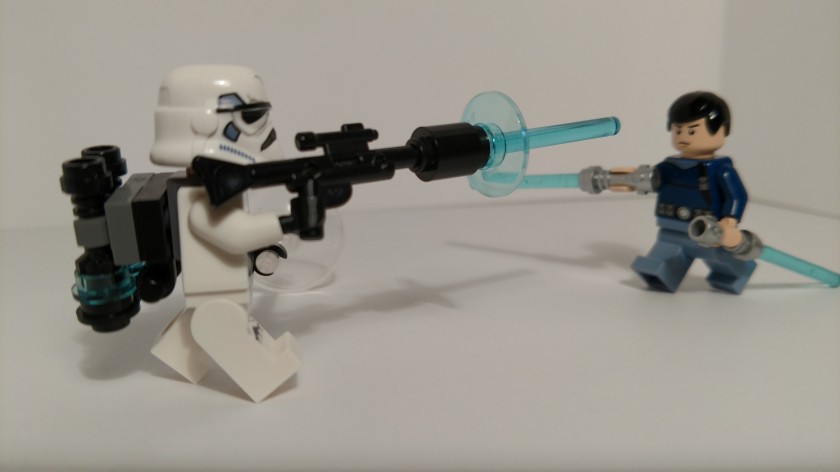 . . .right back at him! EVO Troopers are one of the few units in the game that can defend themselves in such a unique way. They don’t have flamethrowers or jetpacks, but guns powered by space wizard lightning are pretty awesome in their own right.

That’s all the customs for today! If there’s a character you’d like to see, leave a comment down below – I might be interested in making it or I might have already made it! Thanks for checking out my custom figures and photos – I hope you enjoyed them.