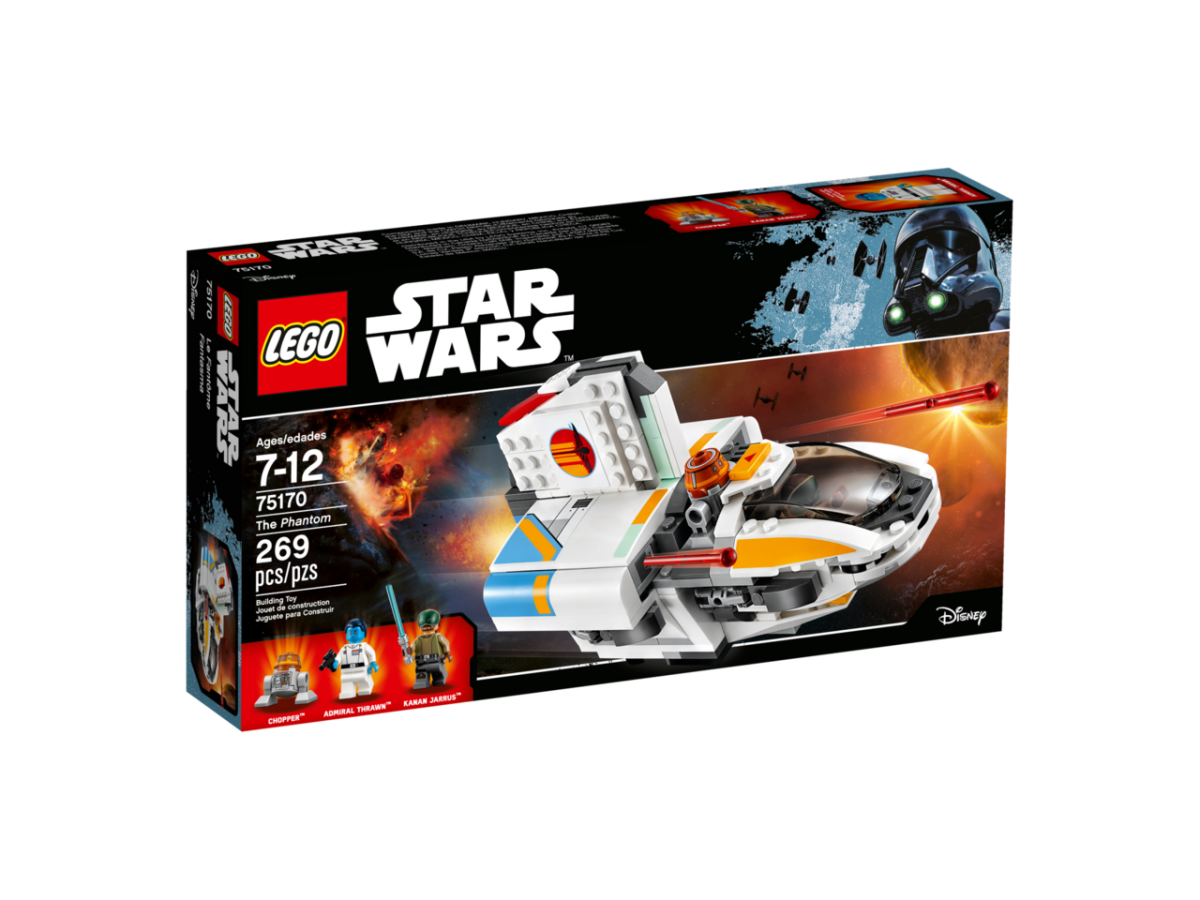 Back in canon and now immortalized in Lego, Grand Admiral Thrawn finally gets a minifigure! From Rebels Season 3 comes the Phantom (technically the Phantom II) along with an updated Kanan figure and Chopper. Check it out!

So how is this set? Honestly, for $29.99 I’d say it’s just slightly overpriced. The original Phantom (75048) only had 35 fewer pieces and 1 less figure, and while this new model isn’t grossly-inflated, there are a few small drawbacks. So let’s go deeper and find the pros and cons here.

The ship overall is bright and colorful. There are a lot of stickers, which doesn’t bother me most of the time, but I know others can be critical of too many stickers in a set. The yellow and blue pieces really stick out against the otherwise stark white shuttle, which was stolen by the rebels and repainted like most of their gear throughout the show.

Most of the colors are thanks to stickers. However both the minty blue color and the sky blue on the sides of the shuttle are brick-built with stickers to accent the colors in other areas. The vertical fin also has a new take on a phoenix symbol, with what looks like rays of sunlight or flames trailing behind the soaring black bird. This shuttle has spindly landing legs just like it does on the show, which fold up and out of the way for flight.

Around back there’s a door for cargo, which holds a grey crate. There’s another sticker, which I like the printing on a lot. It adds some color and pop to what would usually be another boring grey door. However, there’s two big blocky tan splotches above at either side of the door that are just butt ugly. They need texture or engine detailing. The switch above the hatch moves side to side to fire the spring-loaded shooters around the front of the ship.

Stowed away in back is a grey crate with two thermal detonators. There’s another sticker on the lid of the crate. My only complaint about stickers in this set is about this one in particular. It’s very small and I couldn’t get it placed quite straight. But I always love various crates for base-building, so I definitely want to track down a couple more of these. 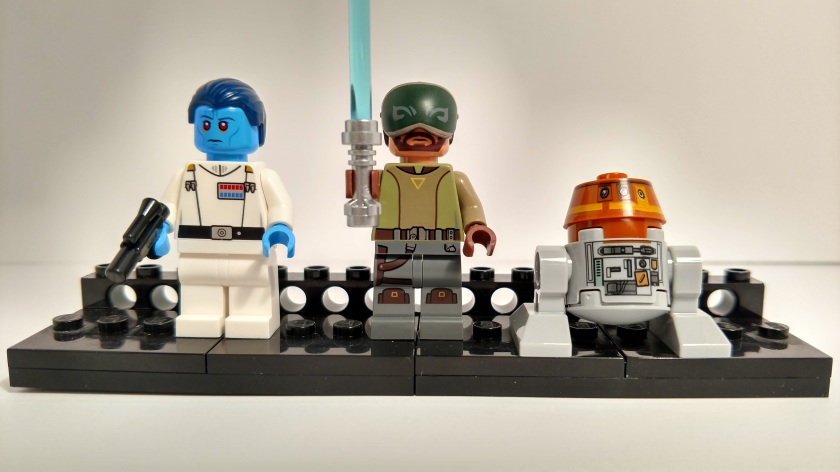 So the ship has a lot of hits but some noticeable misses. What about the figures? You get three – new blinded Kanan, the same Chopper that’s been around since the Rebels sets began, and of course Grand Admiral Thrawn.

Both Kanan and Thrawn have nice back printing – the belt and clean white uniform for Thrawn and a belt and shirt detailing on Kanan. Chopper still lacks back printing.

Thrawn and Kanan also both have alternate facial expressions – an angry Thrawn and a smirking Kanan. 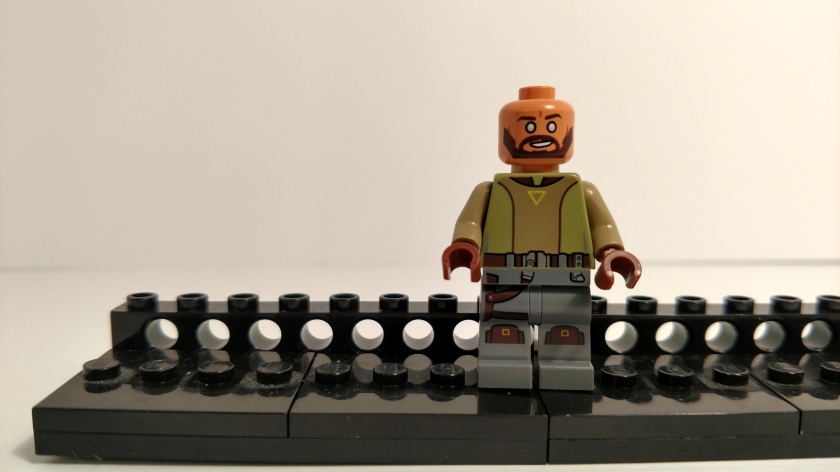 Kanan’s new printing is similar to that of Chirut Imwe’s, with totally blank eyes. His legs are also updated from his last apperance, with a different-colored holster and brown knee pads with yellowish markings.

Okay, so this Thrawn does not come with gold epaulets – but since those aren’t canon anymore, it’s no big thing. However, as many have pointed out, his rank marker on his chest incorrect – it’s that of a regular admiral, and lacks the yellow marks of a grand admiral. Otherwise this figure is perfect, from the dark blue hair to the sky blue skin tone. The uniform is similar to his compatriot Admiral Yularen, who was available as a polybag a couple years ago. Lego is known to make small corrections to sets under the radar, but that’s usually when a particular build doesn’t hold up and pieces need swapped out. Will Lego correct Thrawn’s printing? I haven’t heard yet, but I’ll be keeping an eye out.

So overall, The Phantom isn’t a bad set. There’s a few minor nitpicks here and there but the set is by no means a bad one. If not for Thrawn it would be a totally average set, but getting such a big character in a smaller, cheaper set is a welcome surprise. Personally, I already want a double of this one to make this guy, who may look familiar if you’ve ever played Jedi Knight II: Jedi Outcast. . . 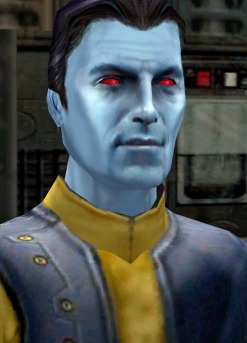 Who couldn’t use a Chiss bartender in their Lego Star Wars collection?

Thanks for reading and I hope you liked the review!