The Empire’s Elite has turned one year old! Starting this blog and sharing my Star Wars thoughts has been a lot of fun and I wanted to share some favorite moments from the past year, plus some things to look forward to going ahead. Check it out, meatbags!

So I thought it’d be fun to structure this thing sort of like an awards celebration. That being said, here’s a bit of a disclaimer – these awards don’t mean anything. Some topics are things I was going to write about but didn’t get to for whatever reason. It’s all in good fun, so enjoy!
The Ezra Bridger Award:

-For what seemed like it was going to be awesome but just didn’t pay off. . . 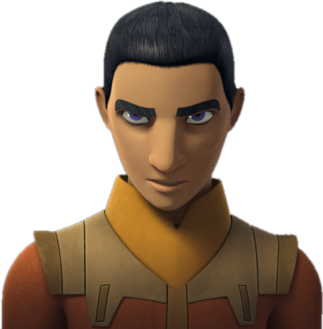 This award is named for one of the lead characters on Star Wars: Rebels. You might be forgiven by most for not watching it. For every plot development that seems to start taking strides in the right direction, the show fumbles with debated ‘filler’ content and a lack of strong development. Characters do things and have payoffs, but you often have to wait a while for those payoffs because the show lacks the arc structure of Star Wars: The Clone Wars.

So the award this year goes to Ezra Bridger himself, not only because I named it after him but because I have a gripe about his character. Ezra struggled with the Dark side during season 3 of Star Wars: Rebels. And then he didn’t anymore. Most of the development in this arc was nonsensical. Ezra is tempted by more power, but most of the time instead of getting overwhelmed and waiting for Kanan to intervene, he runs to Maul, gets overwhelmed, and then waits for Kanan to intervene. There’s some stuff about molding holocrons togetherand purging Maul from his mind, but does that just purge any inherent darkness too? Are we just done with that?

I don’t hate the Rebels show, but I really hope the next animated project doesn’t fall into the same pitfalls as Rebels. The show has too many good ideas and not enough time or money to produce them and flesh everything out properly.
Most Arbitrary Controversy of the Year:

-For when the butt-hurt is strong with you. . .

No fandom out there gets by without a little controversy. Who will win the award for arbitrary controversy? Is it the infamous Rogue One reshoots, which may or may not have changed the entire film? Or maybe gold bikini slave Leia merchandise being discontinued? And what about those helmet-less Stormtroopers in Star Wars: Battlefront?

No, this topic is much bigger. Or at least more important, in my opinion. The award goes to. . .

First off. . .what? Star Wars is for everyone. It binds us, penetrates us, and holds our universe together. Otherwise we probably wouldn’t like it. Sure, the demographic may be mostly male historically, but that doesn’t mean we can’t expand the universe a little bit and grow with the times. Force Awakens, Rogue One, and the Ahsoka novel prove that there are great stories to be told with female characters. And the best part? Those stories wouldn’t be any different if the character was male. In my book that largely throws the argument of pandering straight out the airlock.

Maybe things would have been different if Forces of Destiny was trying to sell books instead of just dolls, and there were longer narratives to go along with the YouTube videos. Sure, but how do we know that isn’t the plan? Two waves of dolls and a few more YouTube videos isn’t enough to forcibly take a fandom away from its audience. Neither is two films in a saga spanning forty years.
Canon Novel of the Year Award:

This was a tough category! One of my favorite parts of this blog is reviewing the novels, picking apart details that connect the universe and pushing myself to read more. In no particular order, the nominees are. . .

–Ahsoka by E.K. Johnston (I could’ve sworn I reviewed this one but I didn’t)

It was a great year for the canon! How do you narrow that list down? We have Thrawn back in canon and kicking butt across the galaxy. There’s the origin story for Jyn Erso that’s as tragic as anything Darth Vader ever suffered through, and it nicely syncs up with the classic Catalyst. Then we have an unstoppable force of Imperial agents destroying a rebel cell from the inside. And last but not least, Ahsoka struggling to find herself after the events of Revenge of the Sith.

Truth be told, I can’t narrow it down. The winners in a two-way tie are Rebel Rising and Inferno Squad! Everything on that list is a great read, but there’s something about Rebel Rising – I just keep thinking about it, and good books are the ones that stick with you. And seeing Inferno Squad in action in trailers as well as their debut novel gives me hope we’ll see some more out of this elite team in future books, games, and comics.

Honorable Mention: Lost Stars by Claudia Gray is still possibly my favorite Star Wars novel, and if it had come out in this time frame, it might have won.
The Totally-Justified Purchase of the Year Award:

Look, we’ve all been there. You aren’t looking for toys but you find toys. You absentmindedly check prices just because you haven’t in a while, or you need something to do to kill a few minutes. Basically, the deal found you, not the other way around.

The winner is one of my many Black Series purchases from the past year. It was about a week before my wedding this past April. My wife-to-be had the idea that we do cupcakes instead of the traditional big wedding cake, and I added in the idea of having some cupcakes be in colorful wrappers and others being Star Wars-themed. So while we talked over other odds and ends we needed to wrap up before the big day, I got on Amazon and searched for Star Wars cupcake wrappers (we’d already looked at a couple grocery stores and couldn’t find them.)

I kept the order open for a little while, making sure we didn’t need to place multiple orders for the sake of convenience. Well, as we talked through some other errands that needed doing, I checked on my wishlist. And there he was, the Black Series 6 inch Prototype Boba Fett selling for just above retail! Boba Fett is my favorite Star Wars character – the look, the attitude, being a bounty hunter, and being able to back-sass Darth Vader makes him awesome, and I’ve always loved the concept drawings of him in white as a super Stormtrooper. Just look how awesome he is in all white –

The Totally-Justified Fan Tantrum of the Year:

WHAT DO YOU MEAN THE BOUNTY HUNTER BATTLE PACK DOESN’T COME WITH ZUCKUSS?!?!?!

Look, I love Dengar as much as the next guy (actually, probably more) but why didn’t we get Zuckuss in this kit? Dengar had just appeared in another relatively inexpensive set, so anyone who wanted a more complete set of bounty hunters more than likely wound up with an extra Dengar. People seem to like my custom take on a Zuckuss figure but I’d love to get an oficial one, printing and everything, with the quality that Lego put into this pack of figures.

The Too Soon Award:
“We seem to be made to suffer. It’s our lot in life.”

Okay, so maybe that’s a little melodramatic, but sometimes things happen at the wrong time. Darth Maul dies in The Phantom Menace, and it takes years to get him a proper death scene (wow, that’s a weird sentence.) Buyouts happen and Legends content goes unfinished. Games get cancelled, toys get delayed and forgotten about, and so on.

This year’s winner for the Too Soon award goes to the Kanan series of Marvel Star Wars comics. What happened? It was so good and selling well. Was there going to be too much overlap with Rebels for it to continue on? Was it not making enough money? I was excited after The Last Padawan arc when it was announced there would be more Kanan content. He’s my favorite Rebels character except maybe Sabine, and he has the best arcs of anyone on the show. He’s a padawan who narrowly avoids being gunned down during Order 66, and while on the run he mingles with criminals and avoids his former clone troopers at all costs. The comics, as well as the novel A New Dawn were great, but in March of 2016 it was decided that, for now at least, Kanan’s story is just going to be explored on Rebels. Here’s to hoping the whole crew gets some more content after the show ends!
The Unknown Regions Award:
-For news that came from out of nowhere. . .

This is the first chance I’ve had to talk about the upcoming Kenobi anthology film since the news broke. My favorite Jedi is getting his own movie! Very little is confirmed as of yet, and we don’t even know if Ewan McGregor is going to reprise his role (but he is very interested in doing so!)

This movie takes the cake for what I’ll likely be most excited about for a while. I’m not alone when I say I would have rather seen this anthology movie before the Han Solo one. I’m sure Solo will be good, but there’s just something so fun about Obi Wan Kenobi. He was a charming, sometimes unintentionally funny character during the Clone Wars. After the fall of the Republic (and an incident involving the high ground), he is exiled and must protect the son of Darth Vader, his friend-turned-enemy, in hopes of stopping the Emperor. Just like Vader, he rides the emotional wave from recognized hero all the way down to tragic isolation.

The movie has to either be set during the Clone Wars or shortly after – that’s really all that makes sense to me. The novel Kenobi by John Jackson Miller is fantastic and could largely be adapted into a feature film. I haven’t read it since it came out in 2013, but I don’t remember anything that would cause any hiccups with current canon. So far, all I can really say is that I wish this was “Old Wounds: A Star Wars Story,” and that it was about Ben protecting Tatooine from an aged, crazy Darth Maul. Who knows, maybe we’ll get that story again, just from a different point of view. . .

To close out the first year, here are some of my favorite posts that I had the most fun putting together since I started the site, as well as some other big news from the past year:

That’s all for now, but I can’t wait to keep going and review more Star Wars content! Hope you enjoyed reading and I’ll see you next time, meatbags.