For generations Sith power went unchecked. Before the Rule of Two was the guiding principle of the Sith order, countless dark lords, apprentices, and acolytes vied for power over one another. One of the most infamous offshoots was the Sith Triumvirate, a group that rose from the ashes of Revan’s Sith Empire and sought to annihilate the Jedi Order.

A Sith yearns for ultimate freedom, to break any chain or obstacle in their path to limitless power. Sith Empires will destroy populations, governments, and entire planets to gain and maintain their power over not only the galaxy, but one another as well. These dark acolytes will stop at nothing, even betraying and killing their own masters and confidants to attain more power, to fill the hungry voids their dark desires create.

We’re jumping forward in time here because I just couldn’t wait to post this set of figures. The Sith Triumvirate are easily one of the greatest Sith factions in all of Star Wars Legends. First appearing in Knights of the Old Republic II: The Sith Lords, we pick up details about their story through the eyes of a party comprised of Jedi, smugglers, and veterans of the previous conflict with Revan’s Sith Empire.

Many Sith Lords have physical deformities and wounds due to their time spent fighting their peers for more power, or from experimenting with the Dark side of the Force, directly tapping into unnatural powers. Darth Sion is a mix between the two, a great warrior who refused to die. His hatred was so powerful he was able to shrug off killing blows through his internalized channeling of hate and pain. This cycle of violence left his bones permanently fractured and his skin ravaged with scars across his entire body. Easily the most grim and grotesque Sith appearance-wise, his appearance was striking. And that’s saying something when a Sith in the previous game, Malak, had his lower jaw cut off with a lightsaber.

Darth Sion was the first of these three Sith I completed in Lego-form. His first iteration had an older Darth Vader face, which was grey and scarred but just not grim enough to do Sion justice. 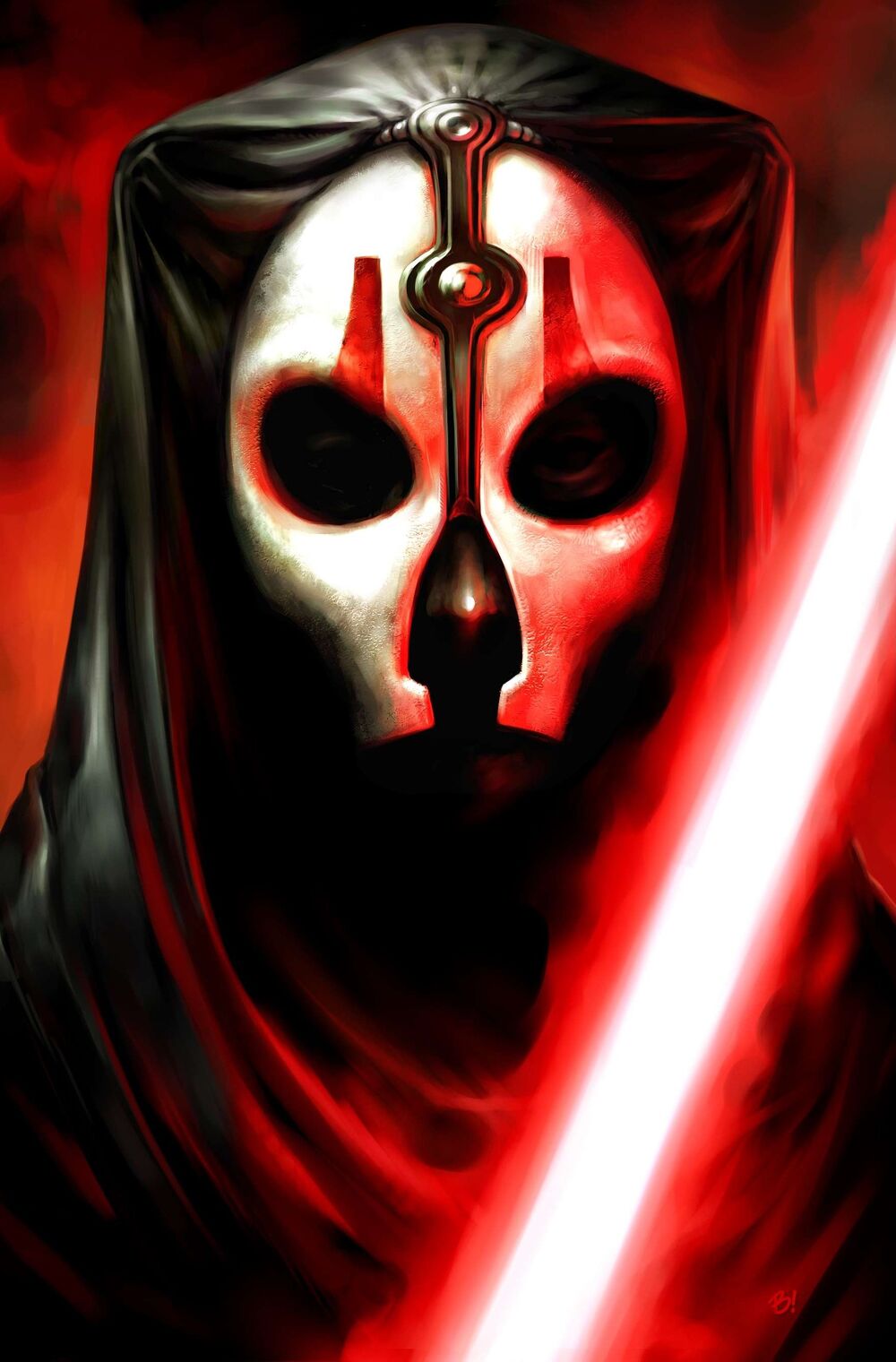 Another survivor of countless traumas, the man who would become Darth Nihilus lost everything to the wars ravaging the galaxy. His emptiness began to manifest itself as a craving for Force energy. This hunger would become so strong, so ceaseless, that it consumed his physical form. To continue on as a physical being, and to continue feeding his hunger, Nihilus bound his spirit to his mask and armor. The hunger destroyed any trace of what Nihilus was in his past life – his voice even became a corrupted wailing that had equal parts garbled speech, sounds of wind, and painful moans. As the joke goes, this Sith eats planets for breakfast. But no. Really. He consumes the Force energy of entire planets.

A Sith apprentice must always betray their master to become the master. But how does that work when there are three? And furthermore, when two of those three are an unkillable Force-zombie and someone who can consume your essence (and that of the entire planet you’re standing on) pretty much with a thought? Well, you become a Sith mastermind and outsmart the other two, of course.

Darth Traya was once a Jedi Master, historian, and instructor of others seeking knowledge in the Force. She constantly challenged her students with difficult questions regarding the mysteries of life and the Force. Her teachings were regarded as failure, however, when Revan – at this point still a Jedi – openly defied the will of the Jedi council and took off to fight in the Mandalorian Wars. She willingly left the Jedi order not to follow Revan off to war, but to trace his path through the galaxy to discover more. And what she discovered were secrets of the Sith the turned Revan had left behind. From there she would pursue others who had been afflicted the way she was, similar wounds in the Force, and powerful dark side users.

And there we have it, three Sith who kicked Jedi butt up and down in Old Republic times. Thanks for reading and I hope you enjoyed these custom figures!